In Response to the Coincrunch Article 2

So a media publication had written an article a few days back around the volumes on Bitbns. Here's the article link

We would like to respond to the same. Why a response at this time? Because we had a feature that was in beta which is provides part explanation which we did not want to reveal before hand.

3 things are mentioned in the article

We would start with number 2 and 3

As they say a picture is worth a thousand words, we would provide counter screenshots where extrapolation has been mentioned 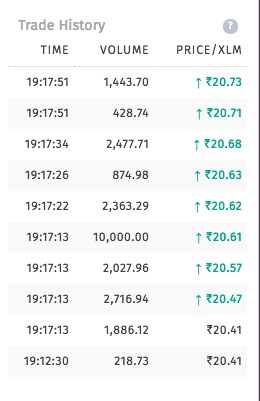 This is for XLM and here the reader can see a trade of roughly 21K XLM has occured in a span of less than 6 minutes. If we extrapolate this to say 16 hours it should signify 10×21000×16 roughly 3.2 million XLM were traded in those 12 hours. Here the same assumption that there would be fairly low trading activity in 8 hours of a day is taken. The user might think this might be an anomaly. I am adding two more screenshots from the same day 3 and 6 hours before this one. 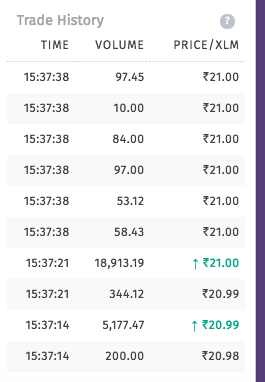 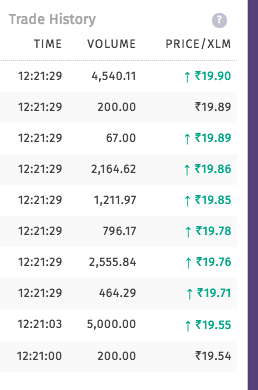 17000 XLm traded in 30 seconds. And just to ensure veracity of the data we can actually mention the users who was a part of the trade to the writer of the article.

So from this we can atleast come to a conclusion that a direct extrapolation is something that does not work. Things are a function of volatility, the type of users active, the type of orders active in the market, the changes in the market and also if there is a specific arbitrage opportunity that has got created, time of the day in geo you operate. Also to a certain degree they are a function of the medium through which the user transacts. So say for a particular company mobile apps are more used as compared to desktop or mobile site that can tilt things to a certain degree. There are quite a few other parameters as well. And those are a seperate discussion altogether. So as the products evolve for various exchanges things would start to look radically different and some exchange might outperform others in different parameters.

The second argument pointed is based on the user traffic. User traffic definitely is a metric but can't be a definitive metric. Just to give a small overview from the background we have the conversion rate for booking.com is 75% better than MMT for hotel booking for the same hotel and similar price range. We also had been working on our API based trading whose access we had given to few users for beta testing. API based trading would not constitute or get added in website visits. And this is specifically we could not release the response beforehand as we did not want to spill the beans on API trading before we are done with it. We are almost ready and we would be announcing access to users early next week for API based trading.

The website traffic was taken from Similarweb. Similarweb is a reputed organisation and we have been in august presence there and are one of their trusted clients for a few years now. You can see that in the snapshot below where Similarweb has mentioned about buyhatke with the likes of paypal Ebay Pinterest and MMT. 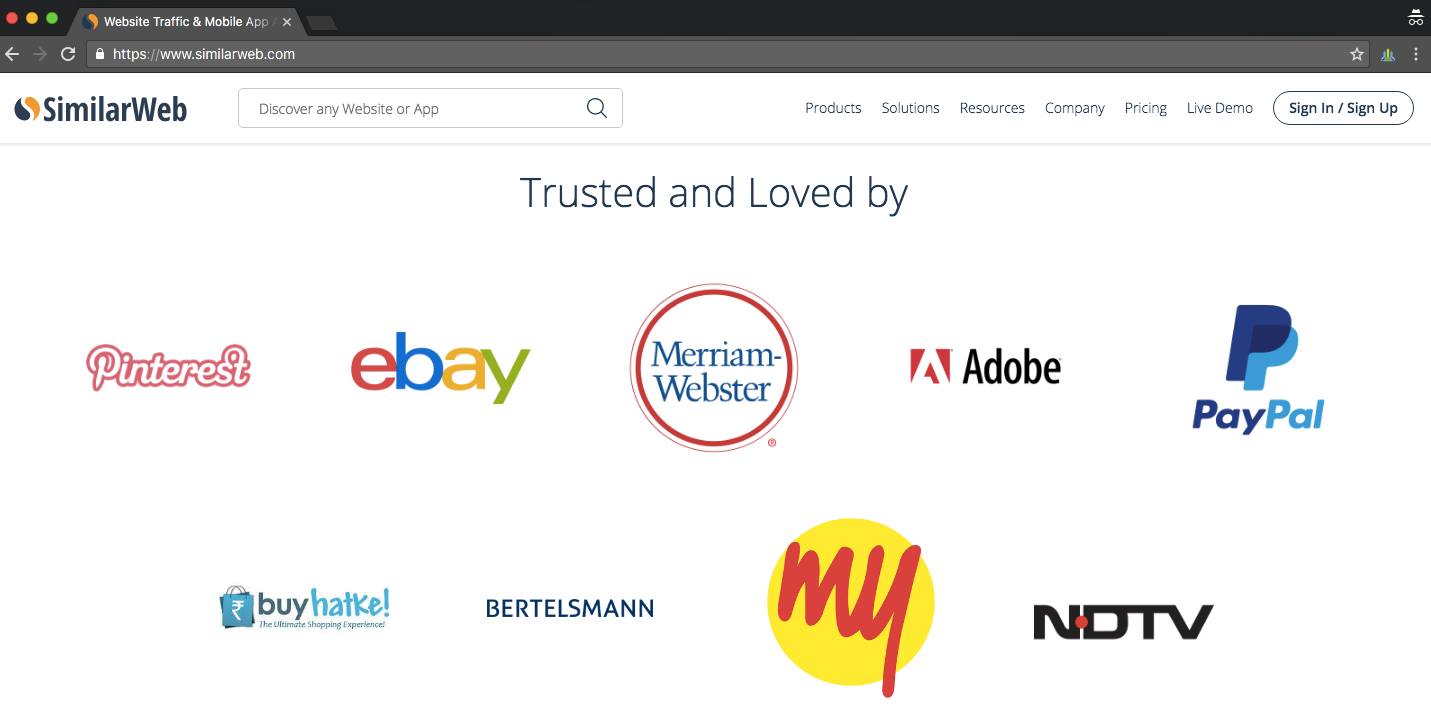 But even when you talk with Similarweb they would themselves mention you should consider a lot more parameters. I would like to point to a more concrete way of researching that was done and would urge that's followed going forward. So just website visit numbers can't be indicative of the trading volume. Second large value traders (aka whales) can switch from one platform to other which can cause changes. So with pareto's law 10% of the traders can contribute 80% of the volume. So a website with low traffic can have high trade volume if large value traders are there. Just another interesting data point the users on amazon india transact for 900 rs on an average order whereas on flipkart they transact over 2400. From the website traffic no one would have been able to incur that.

So we can see arguments 2 and 3 do not hold merit.

Here we agree there was a certain issue. To simply put it was more a timezone issue in data sync. We can't discuss the architecture through which this occurred but we accept the same was there on certain coins and it stands corrected as of this writing. It was corrected within 2 days when the article went live from the media publication.

Thanks for taking out time to read this.

Start Trading in an
Instant

Board the trading wagon now!

Disclaimer: Trading in cryptocurrencies are subject to market, technical and legal risks.
The prices fluctuate based on local demand and supply.
Bitbns ©2020|Terms of Service|Privacy Policy